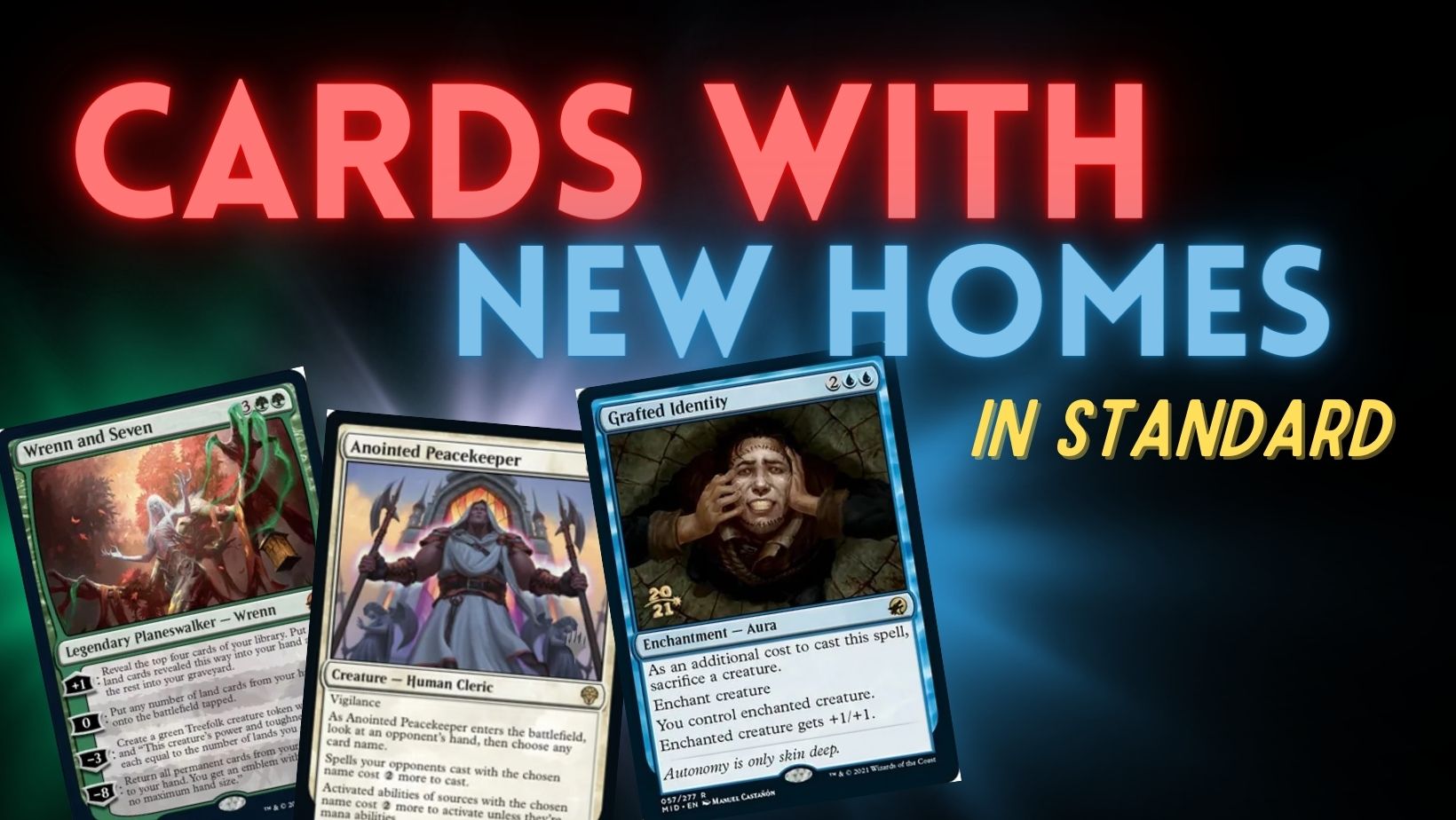 With The Meathook Massacre ban over a week out, it is time to look at the cards that have found new life with the ban and other cards that have grown in strength since the ban.

Florian, Voldaren Scion increase in play comes from its ability to draw cards.

After your attack step, you get to look at a number of cards from the top of your deck equal to the amount of damage dealt to your opponent.  Then you get to exile one of them and play it this turn.  The others go to the bottom of your deck.  When Florian was spoiled, I felt that it was a good card that would find a home in standard because of the ability to filter through your deck to find the cards you want.  I think that more decks may look to Florian for this advantage.

This allows Workshop Warchief to deal damage throw blocks and when it dies you get to replace it with a 4/4 rhino warrior token.  This death trigger makes Workshop Warchief an ideal target for The Reflection of Kiki-Jiki’s ability to copy a non-legendary creature because when the copy dies at the end of the turn you get the rhino token.

Briarbridge Tracker has vigilance and is a 4/3 creature if you control a token.  Jund has several ways to make tokens, so meeting this requirement should not be difficult.  Tracker makes a good offensive or defensive creature that when copied provides value by creating another clue token.

Bant Aggro wants to go wide and use the extra mana that Katilda can generate to accomplish the strategy and grow creatures on your team.  Katilda makes each human a mana source and then uses the extra mana generated to cast more spells or give your creatures a +1/+1 counter.  Katilda will continue to see more play Bant, Naya, and Selesnya human decks that want to go wide and have plenty of mana to activate abilities or cast large spells.

Gala Greeters continues to be one of the best cards from Streets of New Capenna.

Getting to activate an ability when a creature enters the battlefield on your side either grows Gala Greeters by giving it a +1/+1 counter, creating a tapped treasure token, or giving you two life.  On many turns, you will get to activate the ability more than once.

Previously I wrote about Anointed Peacekeeper.

Shanna, Purifying Blade is a 3/3 legendary human with lifelink that costs a green, blue, and white mana.

She is the reason we are seeing an increase in Bant decks.  Her ability to draw cards when you gain life keeps your hand full.  When Shanna is paired with Elspeth Resplendent her ability gets more powerful because Elspeth can give Shanna flying and first strike.

Grafted Identity is one of blue’s latest take control of an opponent’s creature card.

This enchantment aura cost’s four mana and you must sacrifice a creature, but you then get to take your opponent’s best creature.  Will limited enchantment removal in standard, Grafted Identity is positioned well in the format.

Below is a look at the Bant Aggro deck.

What cards go into the sideboard really depends on your local metagame.  These cards provide a variety of ways to help the deck against the most common opponents you should see, but that might not work well locally.

CARDS ON THE RISE

Banning the Meathook Massacre has also made several cards seeing play better or more important to decks.  Among these are Ao, the Dawn Sky, Dennick, Pious Apprentice, Fable of the Mirror-Breaker, Reckoner Bankbuster, Sheoldred, the Apocalypse, and Wedding Announcement.

Now it sees play in decks with a go-wide strategy because when it dies you get to either look at the top seven cards in your library and take four mana worth of cards or you get to give each of your creatures 2 +1/+1 counters.  Either choice is good.  And can lead to a quick conclusion to the game.

Dennick, Pious Apprentice is graveyard hate on a body.

Decks that want access to their graveyard or their opponents are blocked because Dennick’s ability prevents an opponent from targeting a card in a graveyard with a spell or ability.  Plus, Dennick offers a 2/3 body with lifelink that works well with Raffine.  Even when Dennick dies, you can bring him back to play for his disturb cost.  Dennick, Pious Apparition loses the ability to prevent access to graveyard, but it does allow you to investigate each time a creature goes to the graveyard giving you card advantage.

What hasn’t been said of the power of Fable of the Mirror-Breaker?

It is a great card that helps red decks do all the things it wants to accomplish.  With Meathook gone, the chances of Reflection of Kiki-Jiki surviving for several turns increase making it an even better card.

Its ability to draw cards and become an effective attacker or blocker has increased since the banning because more creatures survive that can crew it.  Also, outside of blue Bankbuster is the best draw engine in standard.

Sheoldred, the Apocalyse is the best card from Dominaria United.

Gaining life when you draw cards and taking life from your opponent when he/she draws a card quickly turns the tide of a game.  With more creatures sticking on the board, Sheoldred’s ability to gain life has become even stronger.  Having three or four copies of Sheoldred in your deck is a must if you are playing black.

Finally, we have Wedding Announcement.

For three mana, you get a combination of human tokens or card draw.  Usually, you take the three human tokens, but there are times when drawing a card by attacking with at least two creatures makes sense.  Then when it transforms into Wedding Festivities it gives each of your creatures +1/+1.  Like with Fable of the Mirror-Breaker, the lack of dedicated enchantment removal makes it difficult to get Wedding Announcement//Wedding Festivities off the board.

With the news cards entering Standard in less than a month, it will be time to update decks and construct new ones around the new arrivals.