Courtesy of your friendly neighborhood enthusiasts: Eric and Stephen

Carcassonne brings players to the undeveloped landscape of a world-famous French city and pits them against one another in a competition to bring civilized ways to the untamed land. The game starts with a single tile. Each player draws and places tiles to add to the ever-growing terrain, and can claim a section of land for their province with a “meeple”. Carcassonne uses this “meeple” mechanic, born from this game, that is quick to learn and relatively simple in practice. It takes about an hour or less to complete while remaining challenging enough for players of different experience levels. The game ends when all tiles have been used. Mini expansions come with the game that levels of flavor and variety with each playthrough.

We recommend this game to any player regardless of experience in board games. At a price point of $40, the game is affordable and certainly is worth the Livre. The medieval setting is well suited to this type of game, and if played with the right music, it almost feels like the players have been transported into the world. The tile placement allows the game to be different and random enough for every game to feel unique. The theme of the game blends well with the mechanics, so at no point do the players feel conflicted between playing the game and playing along. Two points we look for specifically are that the game can be enjoyed by two players and that the game has expansions available. As longtime board game players, it can be easy for a game to get stale on the shelf if played too often, and the randomness, as well as expansion availability, allow that not to happen for us game enthusiasts at Caffeinated Gamers. While the game is certainly competitive, it helps that the game doesn’t require players to target each other for victory, and competition can happen at the desire of the players, instead of being forced by the rules. Carcassonne is a game worth playing, and we will gladly play again. 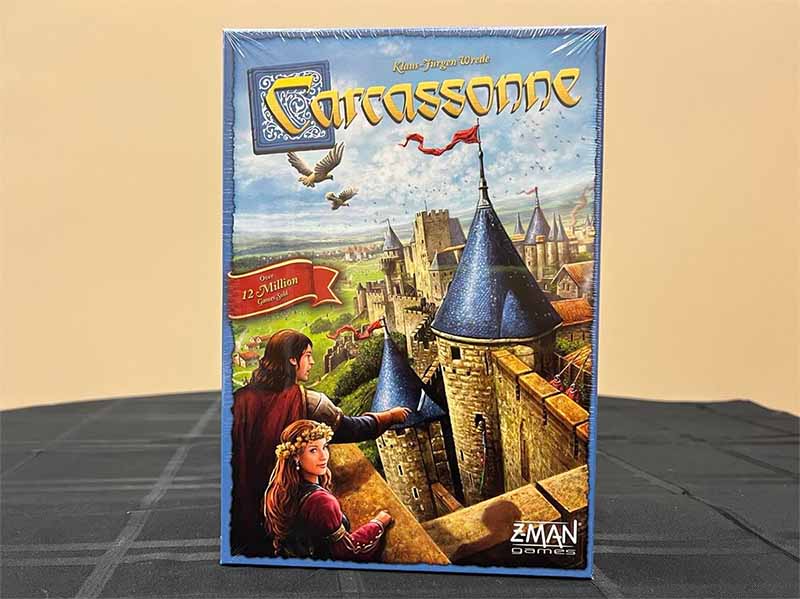