A Look Back at Streets of New Capenna Part 2

A Look Back at Streets of New Capenna Part 2 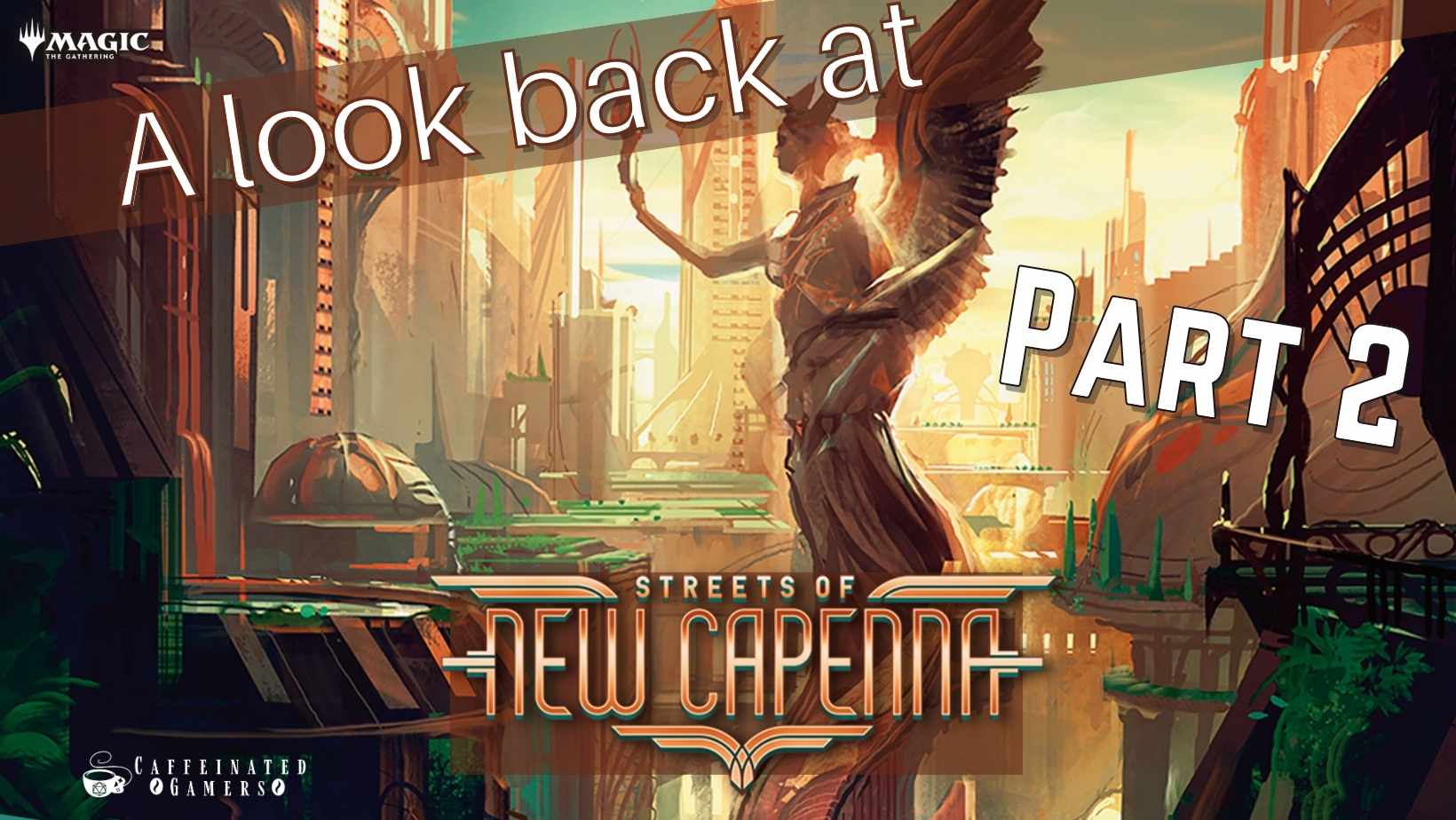 White provided a good assortment of cards that impacted standard.  +

First Depopulate is the best white board wipe.  It has become a key card in control and in sideboard that need to wipe the board of creatures.

Elspeth Resplendent has seen sideboard play in many white decks and occasionally main deck play.  Her ability to give a creature +1/+1 and a counter with flying, first strike, lifelink, or vigilance has helped midrange decks advance their game plan.  When you use her minus three ability to look at the top seven cards of your library and put a permanent with mana three or less onto the battlefield with a shield counter, typically this helps you stabilize in the mid-game.  This has made Elspeth a nice sideboard card for midrange decks.

Extraction Specialist got a decent amount of hype during preview season.  It has seen play in Mono-White and other decks that want to return a card from the graveyard to the battlefield.  What has limited its play is the fact that the creature returned to play has to be mana value two or less and the fact that the creature that returns cannot attack or block as long as Extraction Specialist is in play.

Inspiring Overseer helped make Angels a powerful deck in standard.  For three mana, you got a 2/1 angel cleric with flying.  What makes Inspiring Overseer special is that when it enters the battlefield you get to draw a card and gain a life.

Finally, Sanctuary Warden sees play in a variety of decks from angels to reanimator.  For six mana, you get a 5/5 flying angel soldier that enters play with two shield counters.  You can remove one of these counters or a counter from another creature when Santuary Warden either enters play or attacks to draw a card and create a 1/1 green and white citizen token.  This has made Sanctuary Warden the top end of several decks.

Overall, white offered a good variety of cards to standard that continues to have a significant impact on the format.

All-Seeing Arbiter has seen limited play in standard.  Usually as the top end of a mana curve in decks that want reach and added card draw.  What has limited All-Seeing Arbiter is its mana cost.  Six mana is a significant amount of mana to invest in one card.  Its ability to draw two cards when it enters the battlefield or attacks gives good value and a 5/4 creature with flying.  Casting it on curve is the problem.  It feels bad when you have the card in hand and no way to play it.  That is why it has only seen limited play.

The Streets of New Capenna provided two quality removal spells: Disdainful Stroke and Make Disappear.  While Disdainful Stroke usually sees play as a sideboard card against decks that play a high number of cards with mana value four or higher, Make Disappear has become a staple card in any blue deck because of its ability to counter any type of spell.

Faerie Vandal and Ledger Shredder see play in decks that want to cast multiple spells on a turn and draw extra cards.  Faerie Vandal gets a +1/+1 counter each turn that its controller draws a second card on a turn.

While Ledger Shredder’s connive ability triggers when you play a second spell on a turn.  With the variety of card draw spells in standard getting Faerie Vandal’s ability to trigger is not difficult and because of the card draw that sees play, playing two cards on a turn happens regularly to grow Ledger Shredder.

Finally, blue offers several utility cards: Security Bypass, Slip Out the Back, and Witness Protection.  Security Bypass is and enchantment aura that gives the creature it enchants the ability to be unblockable as along as it attacks allow.  Then when that creature does combat damage to a player, it connives.  This grows the creature and provides valuable card filtering.  Slip Out the Back is blue’s protection spell of choice.  For only one mana, you get to phase out a creature and give it a +1/+1 counter.  This protects the creature from removal spells and provides a more powerful creature when it returns to play on your upkeep.  Witness Protection is a one blue mana enchantment that causes a creature to lose all abilities and it becomes a green and white citizen creature with base power and toughness of 1/1 named Legitimate Businessman.  This provides blue with a way to deal with the best threats an opponent has.

Overall, blue got a decent amount of good cards for standard.  Ledger Shredder is blues’ most impactful creature because it sees play in multiple formats while Make Disappear has become the counter spell of choice in standard.

Black offered limited value to standard.  As previously discussed, Tenacious Underdog is an All-Star, but outside of Underdog black had limited impact.

Murder is a reprint.  Murder saw play as an additional spot removal card before the removal cards from Dominaria United and The Brothers War ended its use.

Shakedown Heavy is a 6/4 ogre warrior with menace for only three mana.  The low cost made the card something that deck builders tried build around.  Unfortunately, Shakedown Heavy proved to be nothing more than a wall because your opponent can remove it from combat by having you draw a card.  As a result, Shakedown Heavy rarely was able to attack successful.  With other three drops in black that have good abilities, they pushed Shakedown Heavy to the sidelines.

That’s it for now. In the next post, we will discuss red, green, multi-colored, and Lands from Streets of New Capenna.