A Look Back at Dominaria United

A Look Back at Dominaria United 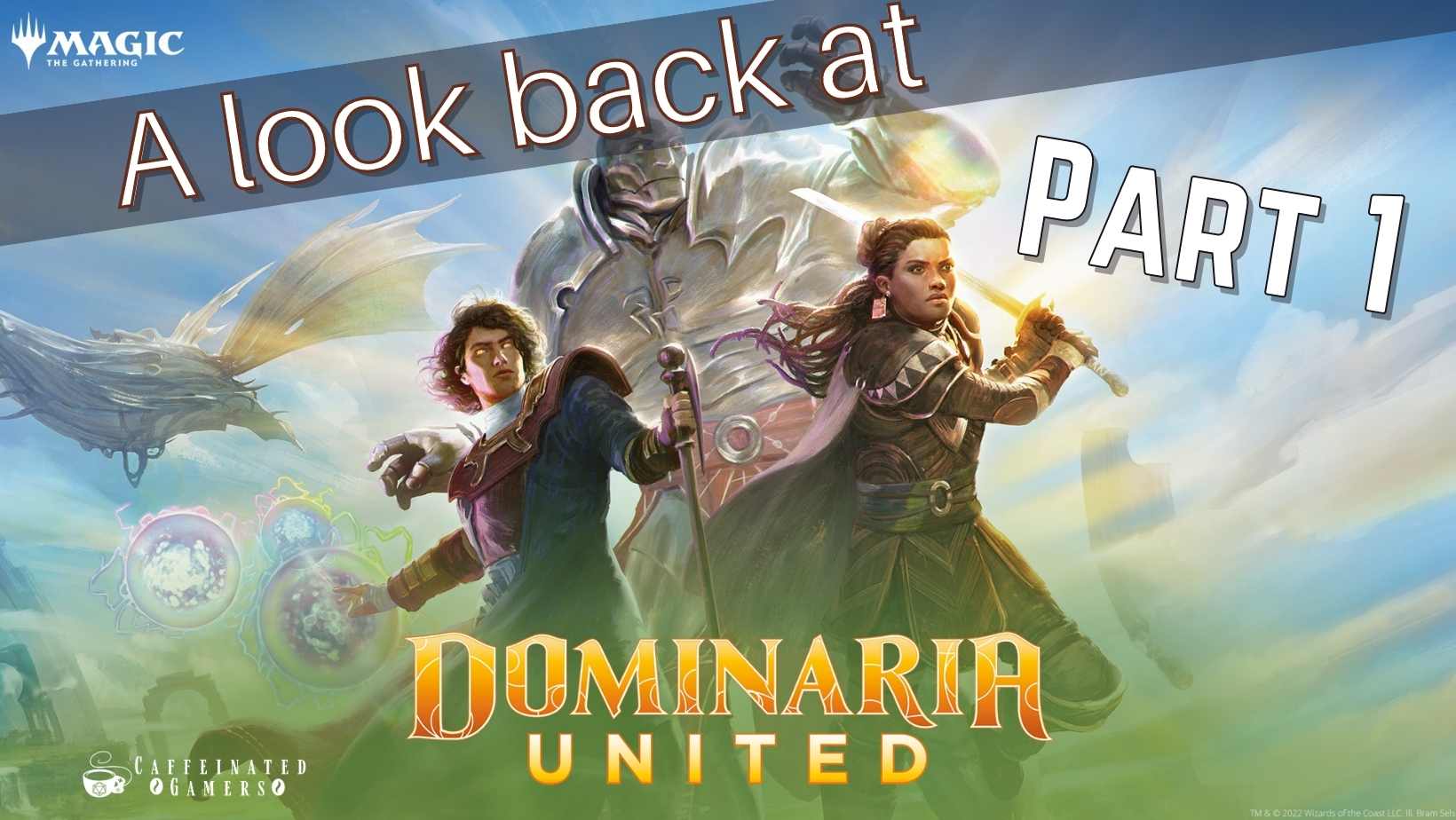 Hello everyone!  Welcome to standard weekly!

Over the last two weeks, I have looked at the most impactful cards from Kamigawa: Neon Dynasty and Streets of New Capenna.  This week I will explore the impact of Dominaria United on standard and other formats.  This article will include my Top 5 most impactful card list and look at the white, blue, and black cards seeing play in standard.  Later this week I will look at the red, green, multi-colored, and lands seeing play in standard.

Over 75 cards have seen play in standard from the set.  By far the most from a set this year.  The multicolored cards from the set had a particularly important role to play in standard because of the varieties of multicolored decks in standard.  The dual and tri-lands available in standard made this possible.  Dominaria United added to standard the pain lands that first appeared in Ice Age.  This made it easy to have two- and three-color decks.  Immediately, Grixis and Esper decks became the most popular and powerful in standard.

Here are the top 5 most impactful cards from Dominaria United on standard.

Anointed Peacekeeper does a decent job of impersonating Elite Spellbinder.  Having vigilance gives it protection from The Wandering Emperor and having the ability to affect more than just one card made Peacekeeper part of Mono-White and a few control builds.  Unfortunately, the abundance of removal has made Anointed Peacekeeper a vulnerable option in the current standard.

Archangel of Wrath is a key addition to Mardu Angels.  Her ability to do two damage for an additional red and/or black mana gives the deck needed removal and life gain that helps angels turn the corner in games.

Guardian of New Benalia was a welcome addition to Mono-White and later the soldier’s deck.  Guardian’s ability to enlist and scry two has proven to be a powerful filtering ability.  Plus, its ability to become indestructible when you discard a card keeps Guardian alive.

Leyline Binding gives multicolored decks a potentially cheap removal spell that can cost as little as one mana.

Phyrexian Missionary has seen play in Orzhov Clerics and some Esper decks to provide an effective blocker with lifelink and Missionary’s ability to return a target creature card from your graveyard to your hand has made it an effective part of these decks.

Resolute Reinforcements is another member of the soldier’s team.  Its ability to flash into play has made it a useful surprise blocker and adds two creatures to the battlefield.

Temporary Lockdown exiles each nonland permanent with mana value two or less until Temporary Lockdown leaves the battlefield.  This has seen limited play because the Grixis and Esper decks that play a key role in the format do not play many spells that cost two mana or less.

Valiant Veteran is the lord of the soldier’s deck.

Aether Channeler has seen limited play because of its ability to draw a card or return a nonland permanent to your owner’s hand.

Ertai’s Scorn is the latest three-mana counterspell.  It has seen limited play and should continue to see play as the format develops.

Essence Scatter continues to see play in the Mono-Blue Tempo deck and has a long history of playing a role against aggro and midrange decks.

Impulse is another reprint that sees play because of its ability to dig through your deck to find the right cards for a matchup.

Micromancer has seen limited play in decks that want to get access to one drop instant or sorcery spells in their deck.

Negate is another reprint that sees play in Mono-Blue Tempo and a variety of other blue decks for its ability to counter a non-creature spell.

Protect the Negotiators has seen play in the Azorius Soldiers deck as a sideboard option when the deck wants a little countermagic.

Rona’s Vortex sees play in some Esper and Dimir decks to put a creature or planeswalker back in an opponent’s hand or for three extra mana on the bottom of your opponent’s deck.

Shore Up is a protection spell that gives its target hexproof.  It sees play in a variety of decks that want to protect a creature you control or to create a surprise defender.

Silver Scrutiny is a powerful draw card that sees play in a variety of decks in limited numbers.  It should see more play as more sets enter standard.

Sphinx of Clear Skies has the potential to be a card draw engine, but it only sees limited play because it has not found the right deck to take advantage of its domain ability.

Tolarian Terror turned out to be the best common from the set.  While the full casting cost of Tolarian Terror is seven mana, its casting cost is reduced by one mana for each instant and sorcery spell in your graveyard.  This typically reduced the cost to only a few mana.  Then having a 5/5 with ward 2 makes it an effective attacker and blocker.

Braids, Arisen Nightmare has seen play in the Oni-Cult Anvil deck.  Braids’ ability to sacrifice a permanent and cause damage made it an interesting inclusion in the deck, but the power of other decks has pushed the Anvil deck to the side.

The Cruelty of Gix continues to see play as a reanimation spell.  This enchantment with read ahead usually skips chapter 1 in favor going to chapter 2 or 3.  Chapter 2 allows you to search your library for any card and put it into your hand while chapter 3 returns a creature card from the graveyard to the battlefield.  This ability makes it perfect for the reanimation decks in the format.

Cult Conscript sees play in some Mono-Black Aggro builds.  It’s ability to come back from the graveyard helps keep the deck moving in the mid-game.

Drag to the Bottom was turned to as a removal option once The Meathook Massacre was banned.  Drag to the Bottom’s domain ability gives each creature -X/-X until the end of the turn.  Where X is equal to the number of different land types among lands in play plus 1.  The spell worked well in multi-colored decks as a replacement but did not in Mono-Black.

Evolved Sleeper turned out to be the best one drop creature in the set.  Your ability to use extra mana to boost Sleeper’s power and toughness has made it an effective creature at an point in a game.

Knight of Dusk’s Shadow is another creature that sometimes sees play in the Mono-Black Aggro deck.  Its ability to turn off life gain for your opponent and having the ability to spend two mana to increase its power and toughness by +1/+1 gives you another mana sink in the late game.

The Raven Man has seen some play in Esper Legends.  Its ability to create a 1/1 bird creature token with flying when a player discards a card is an ability that can help build a board state.  The Raven Man’s vulnerability to Cut Down and other removal spells has limited its play.

Shadow Prophecy is a card draw spell in black.  It lets you look at the top X cards of your library where X is the number of basic land types you control.  You get to put up to two of those cards into your hand.  Shadow Prophecy sees play in multi-colored decks that have access to three or more land types.

Shadow-Rite Priest is a lord card for clerics.  During Dominaria United Season, a Cleric deck developed around Shadow-Rite Priest.  As we see more clerics enter standard, we might see the deck reemerge as an option in standard.

That’s it for today.  I’ll be back later this week with a look at the red, black, multi-colored, and lands from Dominaria United that have played a role in standard.